What Animals Live In Kenya?

Have you ever wondered what animals live in Kenya? To begin with, Kenya is an East African nation with landmass of about 581,309 sq. Km, a little lesser than that of Texas which is about 695,662 sq. Km.

Kenya is rich in wildlife with more than 25,000 different animal species which can be found in places such as its Masai Mara and Samburu National Reserves, as well as the Tsavo, Amboseli, and Lake Nakuru National Parks.

Making it one of one of Africa’s most popular safari destinations.

The lion, leopard, buffalo, elephant, and rhino are the most popular animals tourists are eager to see on their tour to Kenya. The lion draws the most attention thou.

The African Lion has a strong history with Masai in Kenya. It signifies “power and pride” in Kenya represents nationhood on the country’s 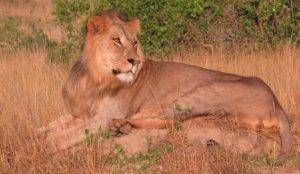 There is abundance of African lions in the Masai Mara National Reserve when you visit. Two male gay lions were also spotted in the reserve in 2017.

But to know what animals really live in Kenya? Visit the Tsavo National Park to see Kenya’s notorious lions. The Kenya’s lions of Tsavo are the most feared and savaged animal in Africa. They are famous for almost putting the kibosh on the construction of the Kenya-Uganda railway this is what inspired the “The Ghost & The Darkness” film in 1996.

The “silent hunter” is found in almost all wildlife reserves and parks in Kenya. They can be easily seen in the Masai Mara and Samburu National Reserves.

The leopard is a nocturnal animal which hunts at night, dragging its kill up onto the tree to avoid strong scavengers like hyena. It’s found during the day resting on a tree easily noticeable from such taller height.

The black leopardknown as “black panthers” can be found in the Aberdare National Park. 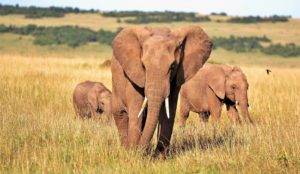 African elephant is considered the largest land mammal in the world. The olfactory(smell) sense is heightened in elephants to an extent that they could even identify a dead member of the park.

Most of Kenyan elephants can be found in the Amboseli National Park, and they are usually grayish in color. But the Tsavo National Park elephants exhibit a discrete reddish-brown color which was gotten from the red volcanic soil in Tsavo.

If you have seen a bison before, then you can imagine what an African buffalo looks like. The African buffalo is one of the most dangerous animals not only to human but also to all other wild predators. The lion rarely hunts a buffalo except if it is old and weak or outnumbered.

The buffalo lives in herds of hundreds with the female most dangerous when protecting the young calves. They are abundant in all national reserves and parks in Kenya and most notably the Masai Mara National Reserve. 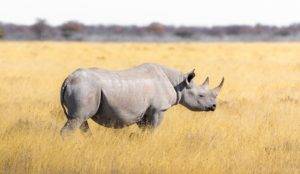 Kenya is the home of the most and rarest species of rhinoceros. Of the 5,500 rhinos in the world all in Africa Kenya is home to 750 of them.

The Kenyan rhinos can be found majorly in Masai Mara National Reserve while the white rhino can be seen in Lake Nakuru National Park and Ol Pejeta Conservancy in Nanyuki, Kenya.

Other Animals in Kenya

Aside the “big five”, the Lewa Wildlife Conservancy, contains over 200 species of birds and endangered Grevy’s zebra which you can watch while riding on a camel.

In the Lake Nakuru National Park, you will see the Rothschild’s zebra one of the three species of zebra found in Kenya. It has no spot below the knee which makes it look like it wears socks.