What is the Capital City of Kenya?

Many people would wonder and ask question like where is Kenya? or What is the Capital City of Kenya? Kenya is a country located in the Eastern part of Africa.

The climate and environmental conditions are favourable because it lies along the equatorial region. 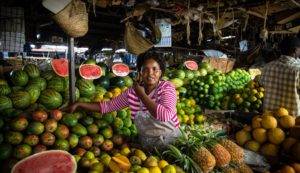 It is the primary founder of the East African community and has the strongest GDP in East Africa. The population is above 49 million as of 2017.

Therefore, making this country a commercial hub and has growing cities such as Nairobi, the capital city.

The capital city of Kenya is Nairobi. It is known as a green city in the sun for several reasons.

The name Nairobi is a name from one of the 44 tribes, Maasai, which mean cool water. It is the most dynamic and commercialized city in the country.

It is boarded by best suburbs making it a conducive place to be.

The population of Nairobi is the largest in Kenya, making it a better place for a commercial and capital city.

Why is Nairobi The Capital City Of Kenya?

Historically, Kenya has had two capital cities. The initial one being Mombasa, a city in the coastal region of the country.

Due to several factors such as the location, climate, commercialization and administrative goals, the city was moved to Nairobi in 1963. Initially, it was just a town that was founded by British 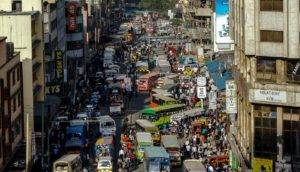 colonial and set as a railway depot on the Uganda Railway line.

During the struggle for independence, Nairobi served as a critical meeting point for the activists. They converge here and compare notes. The place was the hub around which the agriculture and business pulsated.

The city grew up rapidly to replace other cities like Mombasa and Machakos. It is currently at a population of above 4 million. It has beautiful skyscrapers, parks, mesmerizing lights and accessible, which attracts tourists.

Due to these factors, the city is the busiest, commercialized, industrialized, and have all package of Kenyan cultures. Below are the summary reasons for being the capital city: The population is high and it is the most cosmopolitan cities in the country.

Its location is convenient and accessible from all parts of the country. The environment is friendly.

It is cool and well supplied with adequate water, which attracts businesses and industries.

Nairobi is full of contras. It is a whole package of how Kenya is due to multi-ethnicity and its past that you can still feel. 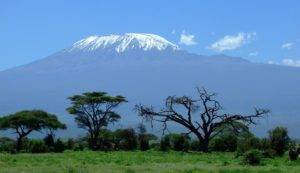 However, it is modernized enough that you can access fast internet. It blends the 44 tribes and brings their cultures together and walks of life.

It is a home to both international and local businesses and firms. It is the busiest town that never sleeps.

The rhythm at both day and night is fast. The Nairobians are outgoing and hospitable.

The high population of the city pose some difficulties to walk or drive during the day. Due to high unemployment in the state, people massively move from rural to look for a better life in the city. Thereby, increasing the population.